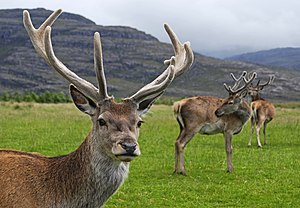 This article gives an overview of the structure of environmental and cultural conservation in Scotland, a constituent country of the United Kingdom.

Much environment legislation in Scotland is based on the adoption into Scots law of European Union directives, such as the Habitats Directive. As such there may be changes to the structure and nature of conservation activities in Scotland following the UK's departure from the European Union.

Conservation matters are dealt with across a number of directorates of the Scottish Government: 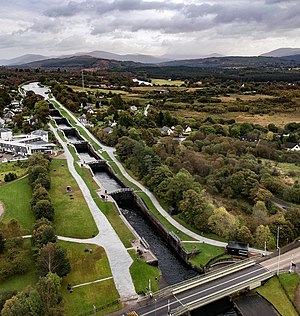 Neptune's Staircase on the Caledonian Canal is looked after by Scottish Canals.

The following are public bodies of the Scottish Government, with notes on their areas of responsibility.

Within the UK Government, environmental protection is the responsibility of the Department for Environment, Food and Rural Affairs (DEFRA). Two UK-wide executive agencies with responsibility for conservation matters include Scotland within their remit:

Many non-governmental organisations are active in conservation issues in Scotland. The following list provides some examples.